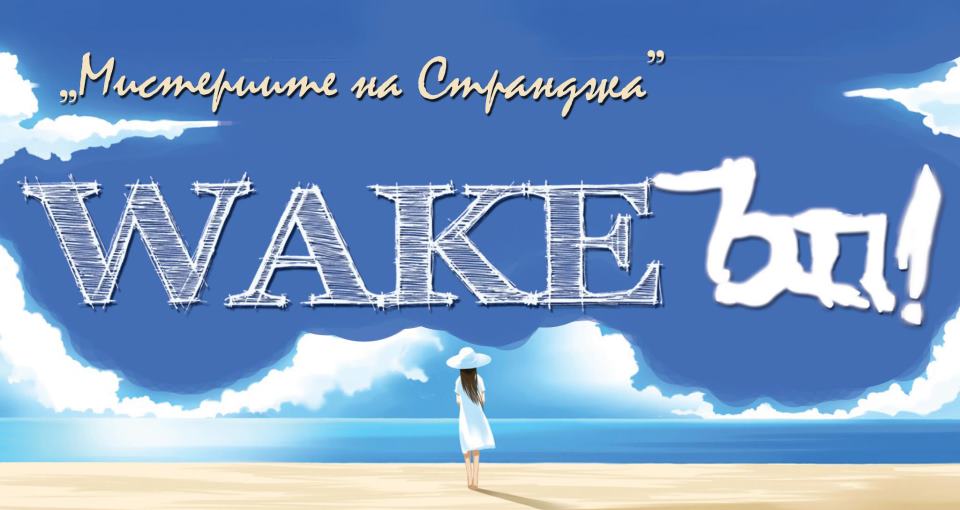 http://www.facebook.com/WakeUpBulgaria – dedicated to all sunflowers who remember July Morning over Kucklen!

WakeUp!“The Mysteries of Strandja” is a project inspired by the ambitious idea WakeUp! “Immortal Traditions” Plovdiv Festival 2012.
The combination of diligence, friendship and trust stood away from its standard cliche and represented an event that aroused the stunted consciousness of the city. Music, dances, traditions, crafts, philosophies – all for the stomach, mind and body. Only names, you can easily remember. The persisting euphoria of the ones who never grow up and those who touched the sacral moment of cathartic July morning bring us to a waking dream for development. Every morning we are born.
We don’t run away from populism, we don’t suffer from lack of qualities. The underground is everything quite near the commercialism. We want to be so quite near.
Summer brings us to the sea side. The place – Coral Beach. The associates are performers who became mediators of the alternative soul music.- WOSH MC,Jahmmi Youth,Nrg_D, SENSEI, HILLA, BADJO & friends.
We received media support from everyone who opened their ears and mind. From regional to national media. Standards for music, news, dining, sports, horse riding.
Therefore, the power of body and spirit inspired us to weave the cultural life of the young person and the ritual – the mystery of the dance nestinarstvo.
The balance between spirit and matter – slack line.
Balance between learning and entertainment, sports with/without/on or around a board, yoga, and why not some ball games.
While the coals test human mind, masters of the fire will draw the mysteries of Strandja in the air.
Why did we choose WakeUp! “The mysteries of Strandja”?
We were amazed by the picturesque forests, wild beach and a legend, which was revealed by the old man Bogomil from a village, called Bulgari.
Long time ago, a biblical legend says that the biblical Moses led the Bulgarian people not through the Sahara desert, but through Strandja and Sakar mountains and opened back then the sweet waters of The Black Sea, which is paved on the most ancient civilization covered in mystery.

…and all that with the mega support of Bushmills and Friends